Ok, I’m still here and I’m really happy with myself. I’m still posting (more than a week after the relaunch) and apparently I have something to say as well. Ok, there’s the slight problem that I don’t have any readers but that’s a minor detail.

So, what is going on? Well, the new “Saber Rider” draft came along great. I managed to get some good changes in and I’m currently waiting on some feedback. I still need to check the typing and have a look at some of the dialogue but other than that, the draft is done.

After that I’ll focus on an idea for a new animated short and I hope to spend some time on the “Passion of the Geek”. The animated short is something we’ve been working on for quite some time and after a few setbacks we’re finally in a place where we think we have an idea we can work with. It’s strange how many good ideas just don’t work out the way you intend them to work out. You start with something you really like and you work on it as good as you can but somehow you just never get it to work.

So this is a short one. I’m binge watching West Wing but I want to leave you with something to get you into the right mood for the holidays. 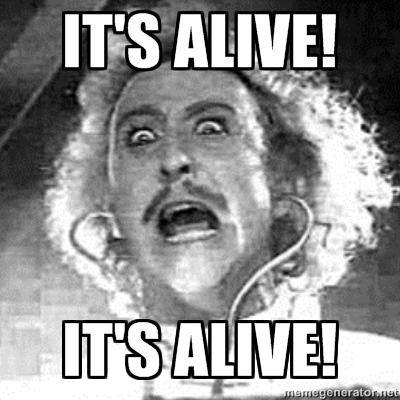